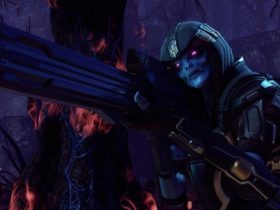 XCOM 2 War Of The Chosen Guide: How To Beat Hunter

There are a lot of options available to you to select jobs for various party members. This can be overwhelming hence this guide will serve as a job guide for the various zodiac jobs the game offers. This is part 2 of the 3 part guide.

No pun intended, honestly but this is more of an all-rounder role. The character can equip heavy armor along with being able to use swords. With added curative spells coming later in the game, the knight is a good supporting role.

This character again needs STR so Vaan is a good choice. Ashe and Fran also make for good contenders owing to their innate cure skill with Fran being able to provide an additional Steal skill.

The monk possesses skills like quick evasion and more health. The monk can use light armor and pole weapons providing physical breaks.

Ashe, Fran and Vaan are the best characters in this situation. Ashe has an innate cure skill along with additional MAG skills making her a very good choice for this role.

This character uses guns and light armor. He can fire at enemies from a distance and has quick evasion skills. This class is gear-based and not stat-based. But this class also has the slowest attack charges. You can use Time Magic to nullify this effect but that is unlocked much later in the game.

Fran is recommended with her innate steal skill. Fran can also deal consistent damage from the guns.

The red mage can use mystic armor, maces and shields in addition to dealing high damage to white and black magic.

The best characters here are Ashe, Penelo and Fran. Ashe is the best as she has the highest magic stat among all party members.