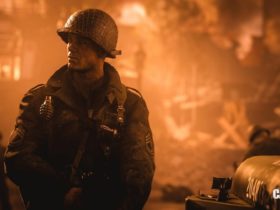 Call of Duty: WWII Single Player and Multiplayer and What We Want from It

The ruler of the United Kingdom in Sid Meier’s Civilization VI has been revealed by 2K Games and Firaxis. It’s none other than Queen Victoria, Queen of the United Kingdom of Great Britain and Ireland, Empress of India and Defender of the Faith. She was named as the ruler at very tender age of 18 after her uncle King William IV passed away.

Queen Victoria then reigned over the British Empire for 63 years and expanded its territories across the world through military conquest. This period is more commonly referred to as the Victorian era, a period of great cultural, industrial, political, scientific and military change within the United Kingdom, where national conviction and refined sensibilities of morality became the chief ideals of its citizens.

A unique district, Royal Navy Dockyard and two unique units namely Redcoat and Sea Dog will be present in the game.

Sea Dogs were force of privateers – armored ships owned and officered by private individuals – to attack the ships and colonies of other nations, even if England was not officially at war with them.

Check out the first look at England in the new trailer below.