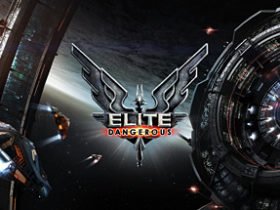 Carrie Fisher Memorial Being Added In Next Update In Elite Dangerous

The original Tales of Symphonia game debuted on GameCube back in 2003 in Japan. Namco now has the port released on Steam. The JRPG on PC features upgraded visuals and new gameplay elements. “We are working hard to bring more exciting content for Tales Of lovers in Western countries, and we hope that our efforts are appreciated,” said Bandai Namco before the release. But it seems the game isn’t performing so well on PC.

Within hours of launch, several users on Steam complained that the game suffers from many issues like crash, input lag, FPS drop and more. TheTech52 has come to the rescue. We have compiled a list of most frequent bugs in the game and the possible solutions to them. Firstly, check the minimum system requirements listed below and make sure you have the minimum at least.

If you are one of those who can’t even get into the game due to launch and crash issues, follow the below workarounds to solve it.

So, the game has a DRM called VMProtect which prevents the modification of game files. The game executable name changes each time it runs. So, basically there’s no way you can force AA on the game. We have to wait for an unofficial mod to fix this.

Okay, there are a number of solutions for this kind of problem. This issue is mostly occurring to those on playing the game on Windows 7. If your game is facing errors like sec96E.tmp or any other sec***.tmp doesn’t work anymore, then you can follow the fixes below.

If you have double clicked the game’s icon and have waited for long, then you need to do the following workaround to get your game running. What you need to do is to reinstall the Microsoft Visual C++ Redistributable and it should fix the issue.

If your game is slowing down during intense scenes with lots of characters and visual effects, then we have the solution. Just exit all the background tasks using the Task Manager and turn off your Anti-virus software temporarily. This should fix the issue to a certain extent.

#6 No sound in Tales of Symphonia fix:

The game runs fine but without sound? Tales of Zestiria had a similar problem. You have to set the system audio quality to 44KHz to solve this problem.

Solutions and fixes for new issues will be updated accordingly. If you are facing a certain issue while running the game, don’t hesitate to comment. We will find a fix for you.