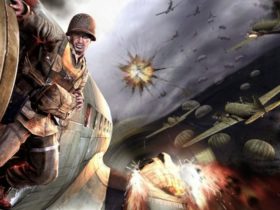 The Elder Scrolls IV: Oblivion And Other Games Now Backwards Compatible On Xbox One

The GPU manufacturer is celebrating the PC launch of Rise of the Tomb Raider by giving out free copies of the game with select GeForce cards.

Nvidia has announced that those who purchase a Nvidia GeForce GTX 980 Ti, 980 or 970 graphics card or system, or a participating GeForce GTX 980, 980M or 970M notebook will get the game free.

The list of all participating retailers and online stores can be found on the official GeForce website.

Rise of the Tomb Raider will be launched on Steam and Windows 10 on January 28.