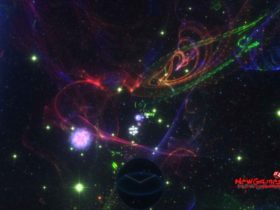 He did this to promote his new RPG, Shroud of the Avatar: Forsaken Virtues. The blood was sold inside reliquaries; there were six of them selling for $,5000 each.

The items were quickly removed from eBay though, most likely because they break the company’s “Human remains and body parts” policy. Blood is on the list of forbidden items. Despite this, three of the reliquaries were purchased and they’re still available at developer Portalarium’s Make a Difference store.