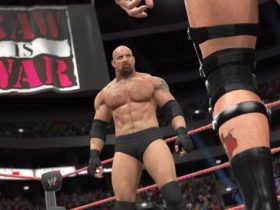 The upcoming System Shock Remastered just surpassed $900,000, which is not only an substantial amount of money but also its Kickstarter goal. As of July 10th, it’s sitting at over $920k, with almost 15k backers. The campaign has 18 days to go so the project could go well over its funding goal.

The project is simply taglined as “System Shock is a complete remake of the genre defining classic built by a team of industry veterans. Remember citadel”. The star of these developers is Chris Avellone, who worked on many classic RPGs like Fallout: New Vegas, Star Wars: Knights of the Old Republic 2 and Fallout 2. Stephen Kick is the Creative Director, and Jason Fader Project Director (also senior producer on Fallout: New Vegas).