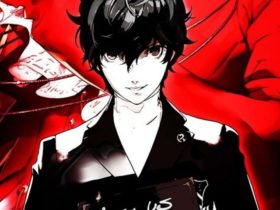 If you own the Ghost Recon Wildlands season pass, you can now get your hands on the latest DLC for the game called Fallen Ghosts.

This DLC was announced earlier this month and will be available after two weeks for all players on the PC, Xbox One and PlayStation 4. You can check the latest trailer out for Fallen Ghosts which looks extremely interesting and promising as well.

The Ghosts are special forces prepared to face any conflict, no matter how challenging it is. They have successfully torn apart the powerful Santa Blanca Cartel, turning their organization into little more than ashes, but now they will have to face the greatest challenge they ever experienced: a combat situation with a ruthless enemy who pursues them without hesitation.

The latest Ghost Recon Wildlands expansion pack is set after the fall of the Santa Blanca Cartel. It will feature 15 new missions along with new weapons, skills and hostile enemies.

After the fall of the Santa Blanca Cartel, Unidad’s military force is unable to contain the chaos created by the Ghosts. Santa Blanca’s disorganized members search for revenge and the rebels are trying to take back control of cocaine production. In order to help restore order in the country, Unidad enlists the most dangerous volunteers, disgraced ex-military special operations and ex-cartel members from various Latin-American countries, giving birth to a unit specializing in the most brutal operations: Los Extranjeros.

Before leaving the country for good, the Ghosts have one last mission: they need to evacuate the last CIA members and American civilians remaining in the country. On their way in, their chopper is shot down and they crash in the middle of the jungle. They are now chased by enemies better equipped and stronger than them…so they will need to play smart if they want to survive.