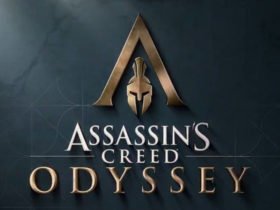 Sony certainly stole this year’s E3 with titles like Spider-Man and Resident Evil VII. Of all the game announcements however, the most hyped title had to be God of War.

Sony and Santa Monica finally took the covers off the next entry in the popular God of War franchise. A full 10-minute gameplay accompanied the game’s announcement which showed off an older, quieter version of Kratos. The demo features Kratos giving his son a few hunting lessons while also encountering some beasts. (Yes, you read it right! Kratos’ son) God of War PS4 takes place several years after the events of God of War 3 and features a Norse setting.

The developer clarified that people won’t be seeing the Vikings from that age as the game is set before that and will witness the pre-historic era, the era when the Norse Gods walked the Earth. It’s also revealed that Kratos’ wife will have a significant role in this new entry.

Talking about the game’s world, it’s huge but not open according Sony. Quick-time events unlike previous games won’t be making their return. We saw a similar move from Capcom for Resident Evil VII.

The game is expected to hit store shelves sometime next year. You can check out the God of War PS4 gameplay trailer below.