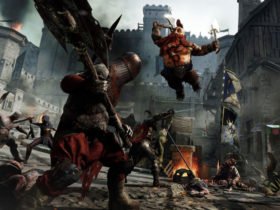 The online version 0f Grand Theft Auto 5 namely GTA Online has received a new update named Be My Valentine and it is live on PS4, Xbox One and PC.

This update includes the Albany Roosevelt Valor limousine which costs 982000 USD and a load of new clothes.

Most importantly and remarkably, the Gusenberg Sweeper has returned which is a Tommy Gun styled machine gun that was available for only a month back in 2014. It costs around 15000 USD.

A new adversary mode is expected to go live as well along with a weekend of special events and rewards.