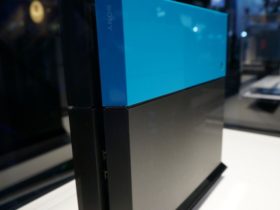 We have been graciously waiting for GWENT to finally release to the public, after almost a year of waiting and getting in and out of the closed beta, the public finally has a chance to enjoy Witcher 3’s marvelous card game we all know and love.

The public beta for GWENT can now be played on your PC, Xbox One and PlayStation 4, if you were planning on getting freaky with the card game this weekend, you have the perfect opportunity to do so.

You can check the game out from their official website, here.

There have been some changes to the game, however. A new currency has been added to the game which can be used to transform regular cards into premium cards among other improvements and additions.

If you took part in the closed beta, GWENT open beta has been started from a clean slate and everyone who had progressed through the closed beta now has to restart their progress from scratch. Though, it isn’t all bad as the developers have gifted the closed beta participants their very own copy of Witcher 2: Assassins of Kings.

They will also be getting some special rewards for an initial boost and the purchase of kegs the beta participants made with real money will be given back to the,.

“Public Beta is an important step towards GWENT’s final release,” said Marcin Iwiński, co-founder of CD PROJEKT RED. “We’re opening the gates to everyone who wanted to play, but didn’t make it into the Closed Beta, and — at the same time — we’re introducing some pretty significant content and gameplay changes like adding animated versions of cards for every card in the game, new starter decks, or how weather cards work,” Iwiński adds. “I’m extra curious how all of the community feedback we’ve incorporated will resonate with both current players and those who’re just starting. Please keep the feedback coming, we’re listening!”