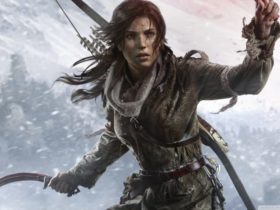 Last weekend, we saw a closed beta of the upcoming game Gwent and though not a lot of people have gotten the chance to try out the collectible card game yet. You’ll soon have get to do so in the upcoming open beta of the game scheduled for next week.

CD Projekt Red announced that the open beta will be out for the PC, Xbox One and PlayStation 4 on May 24th. The transition will be done from 22-24th in which all the servers will be down for maintenance and afterwards. Players will be shifted to the open beta.

In the transition from closed to open beta, the game will be resetting all progress of players which currently have their hands on the technical test server. If you’ve progressed far enough into the game, you may find it disappointing to know all the progress will be reset and you’ll have to start again on May 24th.

Luckily however, if you’ve been a part of the closed beta, you will be receiving a nice set of in-game items as a bonus which include card kegs and more.

If you’re a fan of The Witcher 3, you probably know (and love) Gwent. Because of its popularity in-game, the developers decided to release a standalone version of the in-game card game. This is one of the more awesome examples of how popularity affected a somewhat minute part of the game  to a point that it  got a completely standalone release.

We’re extremely excited to see what the games become as more and more people crowed up to play the favorite mini game in The Witcher 3. It may be so that there is another Hearthstone in the making. Whatever the future holds for Gwent, we’re excited to be a part of it.

Will you getting yourself a copy of this? Sound off in the comments section.