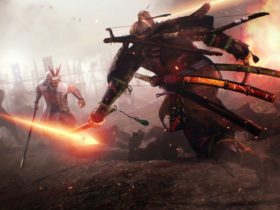 A new Life is Strange game has finally been confirmed by the developers Dontnod, in a special message from the team.

The video shows three developers of the game Michel Koch, Raoul Barbet, and Luc Baghadoust from Dontnod. The video confirmed that they’re working on a new season for the game. At the time of release of the first Life is Strange game in the series, it was immensely popular.

In the same video, the developers also revealed that over a million people bought the first game. The popularity of the episodic masterpiece was probably which lead to the development of their new game.

While we have gotten close to no details about the upcoming Life is Strange game, they did confirm that there will not be a showcase of the game at E3 2017. Dontnod also did not mention whether or not the episodic format will be continued in the upcoming game.

It seems as if the developers are working hard on the game. In a blog post they said “We can’t wait to tell you all about it when the time is right, but for now we are hard at work ensuring it is the very best game we can create” continuing, “We’re really thankful for your patience thus far and ask for a bit more time.”

Life is Strange is perhaps one of the best episodic games we’ve ever played, an amazing story line with an undeniably beautiful character build-up along with an excellent ending. The first game in the series was released back in 2015 for the PC, Xbox One and PlayStation 4 and we may see the newest one either in late 2017 or early – mid 2018.

What do you guys think? Will the latest Life is Strange be critically acclaimed as the last one? Tell us what you think. For more updates, stay tuned.