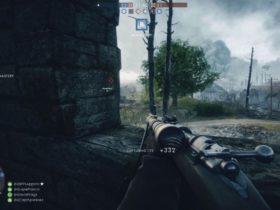 HITMAN, in it’s latest iteration, has gone episodic and this is a good thing. After the success of Life is Strange, Square Enix has decided to give Hitman the episodic treatment. The Season Premiere takes place in Paris which follows Agent 47 in his new adventure. However several users have reported errors and bugs while playing the game on their PC. As always, we have compiled a list of bugs and tweaks to get your game running properly. Make sure you have the minimum system requirements which are listed below.

If the above doesnt fix the issue, try the following as some users were able to resolve the issue with this workaround

#4 Challenges not getting tracked issue Fix for Hitman

To get your challenges counted you need to complete the mission. As the users have reported that if the game is saved and loaded, then any challenges that you have accomplished earlier will get removed.

If the game crashes as soon as you launch it, then the below workaround helped fix the issue for some users,

This guide is a work in progress. If you are facing any other error or bug, share with us in the comments section. We will look into the issue and find a fix for you as soon as possible.