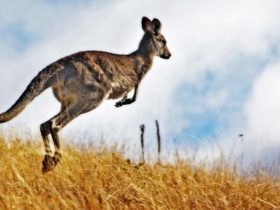 Tekken 7 Boxing Kangaroo Gets Removed From the Game – Details

A new North American release for the game Legends Of Heroes: Trails In The Sky is set to be unveiled.

According to Siliconera, Legend of Heroes: Trails In The Sky fans will have less free time on their hands than they expected over the next two years. The announcement from XSEED came that Trails In The Sky: The Legend Of Cold Steel 2 will be launching on Playstation 3 and Vita this Fall in North America while Trails In The Sky The 3rd will follow on PC sometime in 2017.

Existing games in the series have also received some love, now on sale on both the Playstation Store and Steam through to March 18th. Trails in the Sky will now cost 9.99 USD and Cold Steel 20.99 USD respectively.