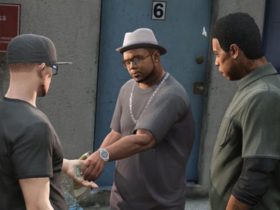 WWE 2K15 marks the return of the wrestling franchise to the PC platform over a decade later since the last game came out. With stunning visuals and character models, the game was launched in summer last year. The graphics are awesome, the gameplay is fantastic and the matches are loads of fun. Only if it runs flawlessly on your rig.

Well if you are having trouble running the game on PC, then buckle up. This guide provides solutions to the most frequent issues that the game is having. Crashes, lag and stuttering are some of the common issues covered in this guide. But before that, let’s see what the game needs to run on a PC.

If the game is crashing at launch, make sure you have the latest video card drivers installed. Laptop users should use the dedicated GPU to play the game instead of the integrated one.

There are two things you should do avoid such problem. Firstly, update your GPU drivers to the latest version. And secondly, verify the game cache through Steam and download if any file is missing.

This was a bug which first surfaced after a patch. It caused the character to freeze while performing “leg drop” attack using Hulk Hogan in the game. The publisher has notified that this bug has been addressed in the latest patch. So, you just have to update your game to get rid of this issue. In any case, you aren’t able to update, just don’t use that move to avoid this bug.

Several users reported that their game saves were reset automatically. This is a really annoying issue. After playing for hours and then starting the game later only to know that you have to start all over again is really a frustrating issue. The issue mainly occurred when you let the game sit idle for some time. 2K notified its users that the bug had been addressed in the latest patch. You just need to update your game to fix this issue as well.

If your game is running to slow, then you can follow the given solutions to make it run better.

If you are having any other issue running the game, write to us in the comments below. We will get back to you with a solution as soon as possible.