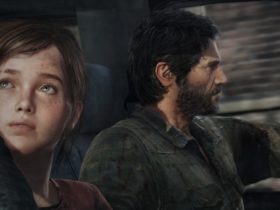 If you still remember how Assassin’s Creed Unity proved to be an absolute disaster for Ubisoft. The game was set in Paris on the eve of French Revolution and featured Arno Victor Dorian. While on one hand, it boasted some pretty awesome visuals, Unity was a poorly ported game. Not only the PC port, but the console versions themselves suffered from several game breaking glitches.

We have compiled a list of possible solutions to issues you are facing. Ubisoft also patched the several times to get rid of the issues. So, make sure you updated your game version to the latest. After that if you are still facing issues, you can follow our guide to fix them yourself. But first, let’s take a look at the official system requirements for the game.

If your game is crashing every time you try to play, then update your graphic card drivers to the latest stable version. If this doesn’t fix your game, then follow the steps below.

If your there’s no sound while playing Assassin’s Creed Unity, follow the below workaround to fix the issue.

This is an annoying issue that has plagued the open world game since the launch. To get rid of this problem, go to Nvidia Control Panel and increase the Max frame value to 2. This should fix the mouse input lag issue.

If you are getting an error saying that the ACU.exe is corrupt, you are at the right place. Follow the steps below to fix your corrupted game executable.

If you just installed the game and your Uplay is crashing, just reboot your PC and try to play the game. It will be fixed.

Update your graphic card drivers to the latest version. Also apply the latest patch from Ubisoft to get extra frames per second. These will surely make your game run smoother.

If there are still errors, please share your query in the comments section. We will try our best to fix the issues you are facing while playing Assassin’s Creed Unity. We will keep adding solutions to this page as new issues are encountered by PC users.