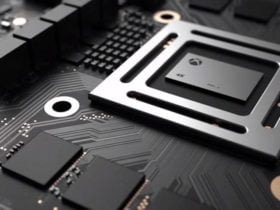 There comes something really amazing. HTC Vive Preorder coming with Google’s Tilt Brush. HTC just announce the price of the HTC Vive for outside US. This announcement came just before the opening of the HTC Vive preorders.

Along with price comes the news of the inclusion of this amazing app, Google’s Tilt Brush, in HTC Vive. The virtual reality application, Tilt Brush, lets Virtual Reality users to paint in 3-D space. And this will be added to the bundle of apps in the Vive preorder as per the announcement made by HTC.

The US price for HTC Vive was announce last week. The Vive will cost $799 in U.S.

Th launch price for the Virtual reality device is announced for Australia as US$899. UK gets the device for £689, Europe will be launching Vive at the launching price of €899 and C$1149 in Canada.

You might be interesting to have look at the video given below. It will give a glimpse of Google’s Tilt Brush app.