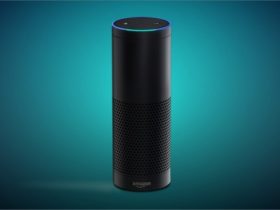 If you don’t know Jeff Minter, he’s the legend behind many psychedelic and brain melting shoot ’em up games, his masterpieces include Space Giraffe and Tempest 2000 along with a few others. Polybius was originally one of the urban legends in the 1980s and is getting a new life for the PC.

Minter revealed on twitter that the PC version of the game is in the works, he showed off his nice cluttered desk and great mane in the tweet while he was magnificently playing Polybius in VR. While a good chunk of the gaming community probably doesn’t know much about the developer, we’re sure as hell excited to see the game in action and have VR support.

If you are still wondering what on Earth is Polybius. Well, it’s how Jeff Minter puts it

“Legends tell of an arcade game that was deployed in the early 1980s, but then vanished without trace, apparently after entrancing its victims and permanently altering their mental states, In the legend Polybius was malign, twisting the minds of its addicted users. We have no desire to bend people’s brains in any kind of a bad way, but given my history with lightsynths and trance-style shooters I thought it’d be fun to do an interpretation of the mythical Polybius, make it entrancing, but certainly not harmful. We hope that the only mindstate changes our game will elicit in its users will be an exhilarating speed rush, an uplifting euphoria, and a happy smile across your mind once you take off the headset and return to real life.”

There is no specific time on which the game is expected to release. But, whenever it is out, it’ll be something worth picking up your VR headsets and jump right in.