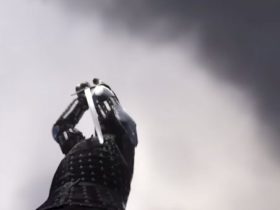 Avalanche Studios has detailed the first DLC pack that’s incoming for Just Cause 3.

In a message to players, Avalanche has detailed the features of the upcoming “Air” DLC. According to the message, the development work on the expansion is almost done and it’s under play testing phase. The Just Cause 3 Air DLC , which is also known as the Sky Fortress adds “new missions, features and other exciting surprises to the skies of Medici”.

In addition to this, Avalanche also had something to say about the upcoming patch for the consoles. It reads:

For those of you that are still having some issues with your game, rest assured that we’re working on optimisations, bug fixes, performance enhancements and improvements, and we’ll continue to roll these out as soon as they’re ready, with the next patch expected later in the month. We’re doing everything we can to get to the bottom of all the issues that are reported to us.

Are you excited for the new  DLC? Or would you like to stick with GTA when it comes to open world games? Let us know.