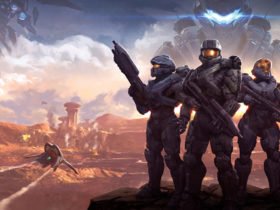 If there’s one FPS game that every PC gamer out there is excited for this year, it has to be DOOM.

Developer id Software has announced that their upcoming game will be Gameinformer’s cover story for next month. Isn’t that cool? So far we haven’t heard or seen much about DOOM. And this means the magazine will hopefully carry lots of never seen before screenshots and gameplay details.

But you don’t have to wait till February to get your eyes on them. Reddit user “techiesbesthero” has already managed to get his hands on the issue and has leaked all of new gameplay screenshots online. Check out them below.

id Software has announced that DOOM will launch on PS4, Xbox One and PC. The release date was leaked by Amazon France earlier which suggests a June 2016 release.