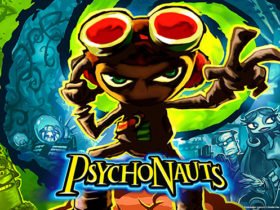 If any game ever comes close to the fun of GTA, it’s definitely Just Cause. But without a multiplayer mode, games such as these have no meaning. But Avalanche Studios might have a different feeling about this.

Just Cause 3 which launched last year didn’t include a multiplayer mode just as its predecessor. But let’s not forget about the popular JC2-MP mode which added it later on. The team behind the JC2-MP mod has now announced that it’s working on a similar mod called JC3-MP for the latest entry.

The Just Cause 3 Unofficial Multiplayer mod promises to add a multiplayer component to the PC version of the game. There’s a trailer which shows a handful of players driving and racing around each other in the same world. It shows the early concept of the mod and how it’s shaping up.

“We’re incredibly excited to show off the progress we’ve made these last few weeks,” the JC-MP mod team said in the announcement. “Moving forward you can expect frequent updates on our progress along with exciting new developments as they happen.”

There’s no details on when the mod will be available or how many players will it support. JC2-MP supported hundreds of players playing alongside each other in the same world making a hell lot of fun.

We expect to hear more details from the team soon. Till then, you can grab the JC2-MP mod which is available on Steam right now.