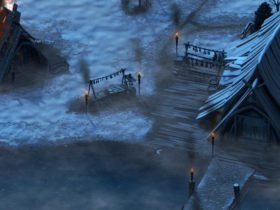 While looking for some kick ass medieval RPGs, we came across Kingdom Come: Deliverance. The game seems to have all the essentials of a story driven olden RPG with a somewhat Witcher 3 feel to it.

There isn’t a lot to say about the game other than promising features; we hope the game is as awesome as the trailer. What the main thing I’m concerned about at least is the swordplay, the story and most of all, the deep atmosphere.