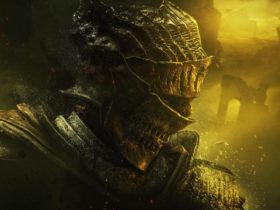 Developed by Hangar Games and published by 2K Games, Mafia 3 is an action adventure video game currently available for Microsoft Windows, MacOS, PS4 and Xbox One. It is the third installment in the Mafia series and the first title for Hangar 13. It was released on 7 Oct 2016.

This Mafia 3 GPU Optimization guide will show how to customize your AMD or Nvidia GPU for getting the best performance in the game.

2. Open it and go to profile graphics.

4. Choose ‘AMD Optimized’ in the Shader cache and Tessellation mode.

5. If any of the above options are not visible, update your GPU.

2. Set anisotropic filtering option to the best one based on your GPU. See step 3 of AMD Users.

4. If any of the above options are not visible, update your GPU.

Mafia 3 is set in 1968. It is an action-adventure game set in a re-imagined New Orleans, the New Bordeaux. The game can be played from a third-person perspective. It is an open world game and you control the character Lincoln Clay. His family has been murdered by local mobs and now he is set on revenge. Mafia 3 is larger than the Mafia and Mafia 2 maps together. It has 10 districts: Bayou Fantom, Barclay Mills, Delray Hollow, Frisco Fields, the French Ward, Pointe Verdun, Tickfaw Harbor, Southdowns, River Row and Downtown.