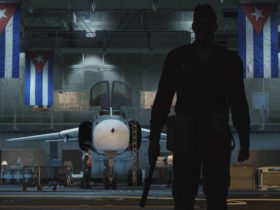 Here we are with Mafia 3 guide how to open doors with a kick. Developed by Hangar Games and published by 2K Games, Mafia 3 is an action adventure video game currently available for Microsoft Windows, MacOS, PS4 and Xbox One. It is the third installment in the Mafia series and the first title for Hangar 13. It was released on 7 Oct 2016.

Mafia III is an open world environment. This action-adventure game which you can play from a third-person perspective. The player controls the character Lincoln Clay, a Vietnam War veteran. Lincoln’s adopted family was murdered by local mobs. He is on a revenge quest. Set in 1968 New Bordeaux, the game shows a re-imagined version of New Orleans. It is bigger that the two previous games in the series. Kicking away doors is certainly a cool and intimidating tactic. This guide will show you how to do that.

Mafia 3 Guide How to Open Doors With A Kick

For opening the door in a stealthily way, press ‘E’ if you are playing on PC. It’s the safest way. But who wants the coward’s way of doing things when you are the boss of the game.

Press the ‘Q’ button to kick the door and enter the room like a boss. However, be wary of the number of enemies in the room. If they are too many, stealth mode is advisable. That’s all about Mafia 3 guide to open doors with a kick in Mafia 3.