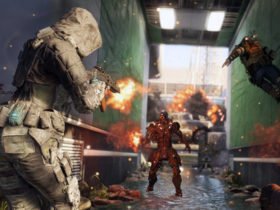 As per Telegraph, Microsoft stops Xbox 360 production after 11 years from its first sale. The first Xbox 360 console was sold in November 2005. Phil Spencer, head of Xbox, said that although the Xbox 360 meant a lot to its staff,

the realities of manufacturing a product over a decade old are starting to creep up on us.

Microsoft will be selling its remaining stock and supported games till the supplies last. Good news for Xbox 360 owners is that they still will be able to use Xbox Live services, including online multiplayer gaming and access to apps.

Microsoft, in 2013, announced that the console had been purchased 78.2 million times. Microsoft  has been in a battle with Sony’s PlayStation 4 for years. As soon as Microsoft opens up its support to cross-platform play, Xbox owners could be able to wage online war against PlayStation rivals. Microsoft confirmed that Rocket League will be among the first games to go cross-platform through Xbox Live.

Killing Xbox 360 can be the first towards greater collaboration in the gaming world. This year’s E3 will be reveal the more about the cross-platform games.