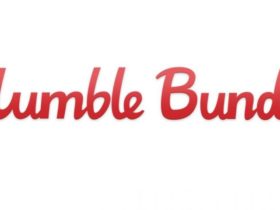 Yoko Taro directed games like Nier Automata have all something in common, some features and characteristics which set the games truly apart from one another. While speaking to siliconera, Taro talked about the final ending of the game and why the game deleted the user’s save file at the end.

While the game has its ups and downs, it has mostly remained a solid play throughout.

With so many streaming and video services like Twitch and YouTube, Nier Automata final ending was left as a treat for someone who had invested so many hours into the game, and something that would mean a lot for the person who got to it, rather than if someone were to watch in on YouTube.

I am accepting of this. I understand that, as technology evolves, there are going to be new ways people enjoy different mediums. That said, for people who are paying full price for a particular game, if they’re experiencing the same thing as someone who’s just watching it on YouTube, I don’t feel that is quite right. So, I believe this particular experience is a special experience that only people who play through the game are going to really understand. I believe that it adds value to the player’s experience. This is something that people who are just watching won’t quite understand to the same degree as people who have spent time and played through the game.

So, that was one of the reasons why I included this kind of deletion of save data into the entire structure. I wanted something that could only be experienced by a player who invested so much time into playing the game.

If you’ve yet to play Nier Automata, there are actually 5 different endings to the game which takes you through the eyes of different protagonists and antagonists.

Nier Automata is available for PC and PS4.