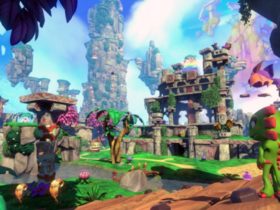 Shovel Knight is in Yooka-Laylee – Watch the Trailer

The much anticipated Virtual Reality gaming device Oculus Rift will launch in Q1 2016. We have heard of very few games that will debut on the device at launch. Off them, there’s Lucky’s Tale.

According to Lucky, people might be able to have their first VR experience on their old low-end laptops. “We are taking some big steps to make sure people know what they are getting into – we don’t want to sell to people who don’t,” he added.

We don’t know how much the Oculus Rift will cost. The upcoming Consumer Electronics Show might shed some light on the pricing front.