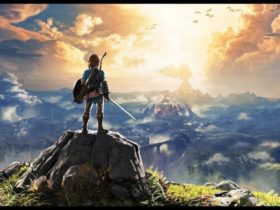 The Legend of Zelda: Breath of the Wild Guide: Weapons Locations

Payday 2 is one of more popular games on steam. The developers, Overkill Software,  have revealed their future plans for the game. VR for the game was announced by the devs earlier this week, which will be available later this year.

Another major announcement was made recently. Payday 2 is getting an Ultimate Edition which will be available on steam in June. It will set you back $45 if you don’t own the game but there will be an upgrade option available as well and it will depend on how many DLCs the player already owns.

You’ll get base game and all the previously released DLCs as well as all the future updates will be free if you decide to go for it. This is actually cheaper to buy when compared to buying each DLC separately.

Currently, all the Payday 2 DLCs are 85% off and you can check it out at the official steam store. With the Ultimate Edition coming up, all the DLCs will be a part of the ultimate edition and will not be available for purchase later on. As mentioned earlier, the price of the UE will depend on the number of DLCs owned. If you want to get it cheaper, it may be worth buying the ones you don’t already own.

There will also be a YouTuber character pack. Ethan and Hila from H3H3 productions will be characters in the game and the DLC will cost a mere $4.99. Overkill Software decided to take an initiative to raise funds for the husband and wife duo because of the lawsuit by the YouTuber Matt “Bold Guy” Hosseinzadeh for “copyright infringement”.

This is not only a warm notion by the company but something rarely done by game developers. For more updates, stay tuned.