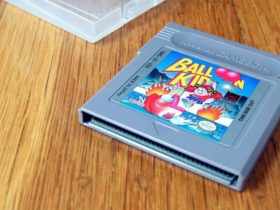 Report: The Nintendo NX Will Use Cartridges

When you meet Pope Francis, you’re supposed to give him a gift. YouTuber MatPat, creator of the show Game Theory, met him in an interview the leader of the Catholic Church held with a bunch of digital stars from different countries.

MatPat’s gift? The critically acclaimed indie game Undertale. “As gamers we know who we are, but it’s important to let the world know that this community is about more than monster-hunting and level grinding”, MatPat stated. “Undertale is a pretty awesome representation of where we’re going as gamers”.

MatPat made a video in his far-fetched conspiracy show stating that Undyne, one of the characters in the game, is meant to be Pope Francis. So the gift is appropriate. We’re still waiting on updates on how His Holiness is enjoying the game.