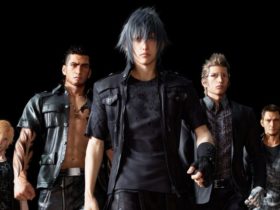 Final Fantasy XV Guide: How to Get Infinite HP And MP

Psychonauts is real and we can finally hope to play it soon. The Psychonauts 2 Fig funding which was set at $3.3 million has finally been met.

The much awaited sequel is funded by the Fig funding money and also by Double Fine’s own cash reserves. A third party investor who is believed by many to be Minecraft’s creator Markus “Notch” Persson is also backing the game. Developer Double Fine published a Thank You video for all who contributed to the crowfunding. You can check it out below.

This is not the first time, Double Fine has achieved a huge slab of crowfunding as this. But Psychonauts 2 is somewhat special for the developers and the fans both. This is also the first high-profile public campaign on Fig. Fig is an online crowfunding platform. Unlike Kickstarter, Fig treats backers as investors and lets them profit from the game – if it is successful enough.

The original Psychonauts is a platform adventure which came out on PS2, Xbox and PC back in 2005. It was an instant hit and later on became a cult classic.