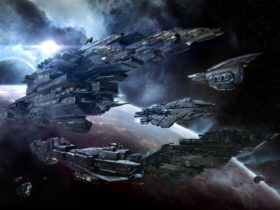 Two Awesome Games are Free on Steam This Weekend

The wait is finally going to be over. Quantum Break releasing on Windows 10 and Xbox One in April. The expected date of release is April 5 as per Remedy Entertainment and Microsoft Corporation.

If you pre-order the Xbox One digital version of Quantum Break, you are going to get a free copy of the Windows 10 edition. It is a limited period offer valid only till April 4. The windows 10 version will be cross-save supported. But cross-platform play will not be possible.

There are some more good news. If you pre-order, you will get the Xbox One version along with Remedy’s Alan Wake and it comes with both DLC released. The Xbox Store and the retailers will also be adding to the ore-order bonus by offering Alan Wake’s American Nightmare and a Quantum Break 500GB box One bundle featuring Quantum Break and Alan Wake.

Some more Pre-order deals have been put up on the Remedy Entertainment’s site.

Below you can find the PC system requirements for the Quantum Break.