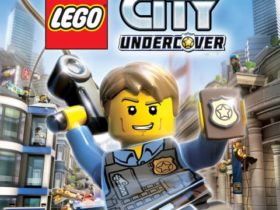 Nintendo Switch Is Getting a LEGO Game This week – Details

After Act 1 Part 1, a cut scene ensues after which the player has to exit the Campus. Break the nearby door and sneak past the guards. Once you enter the second door, you need to fight some guards. But that shouldn’t be too much of a problem considering that you would be having a pistol with infinite ammo (However you will still need to reload). So let’s go through Quantum Break Walkthrough: Act 1 Part 2 Campus Escape.

Get to Will’s Car
The next set of enemies will be coming out from the elevator. Dispose them and grab their SMGs. As you move down the elevator, it will suddenly stop and you will freeze time again. Then you need to unfreeze Will and then follow him into a room.

Find Will’s Car
Guards will be patrolling around Will’s car so you need to freeze time and get the car to Will. After freezing time, you can either sneak past the guards or kill them all (Collecting the items is an optional objective). An echo will indicate which car is Will’s.

As you and Will get inside the car, some guards come and start shooting, then you need to freeze time again. Guards will be coming out of the building where Will was present previously. Your need to get inside the building and meet Beth Wilder who will help the protagonist save Will. A cut scene ensues.