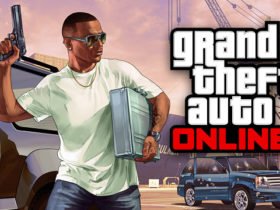 There are a few difficult bosses in the game and this guide will show how to beat one of them – Victor.

He is in the E tower and is the final boss in the game. Like other tough bosses, he can change colors, generate shields and spawns add-on enemies. Avoid his fire, tracking shots and sweeping beams attacks. After avoiding these attacks, he will stand still and this is the best chance to attack him. He can also be stunned by a charged shot. After his health has been reduced, Victor will slam his hand down to the ground which will cause an energy wave to shoot in all directions whilst spawning enemies and getting himself a shield. This wave does no damage but makes the player color blind which makes eliminating the enemies guesswork. Double jump this wave to avoid this situation. To finish him off, the player must extract his core.