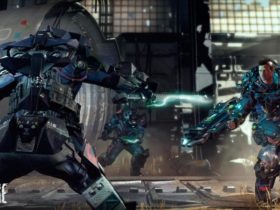 How to Unlock Companion Corebots

Companion corebots in the game are bots which assist Joule in her quests and activities. This guide will show how to unlock these corebots.

First up is Mack. Mack comes along with Joule in the starting of the game. He comes with a blue core and a K-9 frame. His blue core ensures maximum damage to blue enemies.

Next up is Seth who by default has a yellow core with a SP-DR frame. Seth unlocks after the player finishes ‘A Friend In Need’ mission. Seth allows Joule to reach difficult to reach places. His yellow core ensures maximum damage to yellow enemies.

Finally, there is Duncan who by default has a red core with an ape-like frame. He is unlocked after the player finishes ‘Breakthrough’ mission. He is located in the Sandcrawler in the north western corner of Shifting Sands. His red core ensures maximum damage to red enemies.