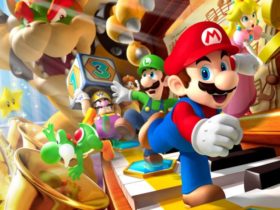 Some players are having major difficulties in beating the high level corebots. This ReCore Tips And Tricks guide will show a few handy tips and tricks to defeating strong opponents in the game.

First up, listed below are the basic actions a player does in the game. Make sure that you are familiar with the controls for the following actions as you will be using them a lot.

Moving on, we show you how to extract cores. There are two methods for this. The first one is by draining the enemy bot’s health till the last bar and then extracting the core when the option appears. The second method is an instant extract one where the player can instantly extract the enemy bot’s core but only when the player has a combo multiplier of above 10. While extracting the core, if the line is red, the player needs to ease up a little and then pull. This doesnt apply to instant extracts however. The instant attract will end the player’s combo but on the flip side, it will give double the XP. Please note that the extraction process will stop if it is interrupted by other enemy bots so the player has to be quick. The player needs to remember the following things while doing core fusion.

Now, moving on, we show how to take down enemy corebots. When a white marker appears on the corebot, it means that its core can be extracted. Some corebots come with shields so a charged attack here works effectively. Use the same colored rifle ammos for the same colored bots to maximize the damage output of Joule’s rifle.

Moving on, we show how to move quickly. It is recommended for the player to use dash, then jump + jump and then dash again. This will ensure maximum distance traversed in a short time. If the player needs to empty his/her inventory quickly, open up the map and press Y. This will take the player to the crawler.

Now, we talk about crafting and building. For a high damage output, equipping the FL1-R frame on Seth is the best choice. Getting parts for companion bots can lead to a high level robotic companion. Listed below are the core colors and what they give.