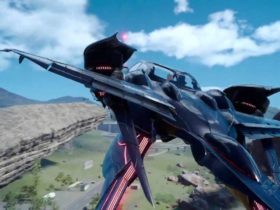 The full scoop on the PS4 version of Rise of the Tomb Raider has been unveiled.

The game launched October 11 under a special 20-year celebration (the first ever Tomb Raider came out in 1996). This version will feature an entirely new chapter called “Blood Ties”. It will also feature brand new co-op Endurance mode and PlayStation VR support. The cherry on the Lara Croft sundae is all previously released DLC included as well as new outfits and weapons.

It seems the wait has been worth it for PS4 owners. It’s worth noting, though, that all this content will be available for free on Xbox One and PC come October, so those owners won’t be left out. Of course, the VR support is exclusive to Sony’s system.