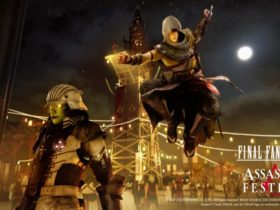 The upcoming Xbox One exclusive from Platinum Games has been delayed to 2017. The Scalebound release date was originally set for this year. In a statement on the official website, the studio has explained what caused this unexpected delay.

The statement from Platinum Games reads:

In order to deliver on our ambitious vision and ensure that Scalebound lives up to expectations, we will be launching the game in 2017. This will give us the time needed to bring to life all the innovative features and thrilling gameplay experiences that we have planned.

Unlike other games, Scalebound aims to focus on graphical qualities and the role-playing aspect instead of action. Players take control of Drew who is followed by his dragon companion called Thuban.

A wide arsenal of weapons is available to players to defeat the enemies. Issuing commands to Thuban during battles will be one of the interesting aspects of Scalebound’s gameplay.