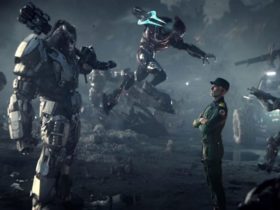 Halo Wars 2 Guide: How to Level Up Fast

Read below for the detailed note on Star Wars: Battlefront Season Pass

More details on the Season Pass will be available in the coming weeks. The first of the four expansion packs will be delivered in early 2016.

Star Wars: Battlefront releases for Xbox One, PS4 and PC on November 17 in North America, November 19 and 20 in Europe and UK respectively.