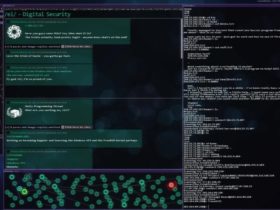 According to reports, 12 million units of Fallout 4 have already been shipped to meet customer demand worldwide. The game launched with record breaking sales at retail and digitally for all three major platforms.

The reports show sales in excess of $750 to meet day one demand. Note that this means sell-in to retailers, not sell-through to customers.

Bethesda’s highly anticipated post-apocalyptic shooter also became the most pre-ordered game in 2015. And the Fallout 4 Pip-Boy Edition was the all-time fastest-selling collector’s edition in the video game history. The launch day sales also exceed any other game released this year.

Bethesda also announced that the game’s companion Fallout Pip-Boy app became the number one game on the iTunes App Store.

To meet the demands this high, Bethesda is already preparing to ship more Fallout 4 units to retailers.

Launched on Xbox One, PlayStation 4 and PC, do you think Fallout 4 can beat Rockstar Games’ GTA V in terms of all-time sales? Let us know in the comments.