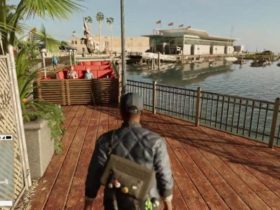 State of Decay 2 released on 22 May, 2018. It is the sequel to the 2013 game and is available for PC and Xbox One. In this article, we will talking about tips to complete campaigns fast State of Decay 2. These are some advanced tips to play this open world zombie survival video game even better. The game can be played from a third-person view. It also has a cooperative gameplay and you can have three other teammates to play with.

Fire-crackers can be very useful, so always keep then handy. You can create them easily and they are also cheap and can save you in tricky situations. So always take some fire-crackers whenever you go out. When you find no way to fight the zombies and the only way to save yourself is an escape, fire-crackers are what you need.

In the beginning of the game, if the tutorial is skipped, three survivors can be re-rolled. You have to make sure that you get the survivors with rare skills. The rare skills include Computers, Chemistry, Gardening, and Medicine. You will need them.

Guns are the best to kill your enemies in State of Decay 2. You will be fighting humans and Freaks. Use guns to make it easier. Get a headshot and get it done fast.  Drop some fire-crackers in close vicinity of humans. That will get the zombies flock toward them. If the humans shoot, zombies will get to know. So you need to wait patiently for the humans to come forwards and then then you take a headshot. Now about the Freaks, for the Bloaters and Screamers can be killed with headshots. Bloaters can also be killed by shooting at their stomach. Juggernauts can be killed with any weapon but it would be good to get into a house and headshot them to kill. The Ferals need to be taken down with shotgun or drive over with your vehicle.

You can get the best weapons in military areas and government buildings. Lookout for evacuation sites, military checkpoints and military comms stations for grenade launchers, assault rifles and high-tech mods. You can get pistols, ammo resources and rifles from Gun stores and shotguns, which you can use to kill the Freaks, from Police Stations.

Infestations are not the first priority

Clearing out infestations is good and it also gets you respect and influence. But that will be in a small amount. So despite complains about the level of infestation on the map, concentrate on gathering resources and being an aid to allies. When you have no task in hand, go for clearing infestation.

How to Get New Game and Bonuses

To get new game and bonuses, complete the four legacy goals. That’s right. There are four of them in State of Decay 2: Sheriff, Builder, Trader, and Warlord. To get a special bonus for each legacy goal completed, select a card at the beginning of a New Game. The benefit, for instance, is that if you complete the Sheriff goal, you get a bunch of rare loot daily.

These were some of the tips from State of Decay 2 – tips to complete campaigns fast guide. More are coming soon.