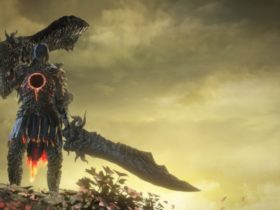 When it comes to input lag and consoles, this is a massive issue for gamers, it not only makes gaming feel slow and problematic but the experience less than desirable. In the past, there have been quite a few games which have cursed consoles because of Input lag. As much as recently, Prey also had quite a bit of IL without any sort of a fix; while the PC version did also, there was a jerry rig fix for it.

Tekken 7 is the latest game of the series to hit the consoles and PC, while the PC version doesn’t have any reporting of input lag, both the consoles are affected by it, one more than the other apparently.

While the Xbox One does have the problem, it’s much more severe. Nigel Woodall has created a very nice video which is available on YouTube explaining the method of testing.

“The concept for how this test works is to watermark the screen image at the exact time the controller is being pressed. This is done using optocouplers, so that there can be no electrical cross talk between different components of the testing circuit. This should ensure that the signal arrives at the controller at the same time as it interrupts the video signal.”

X1 Tekken 7 104.2ms #inputlag Somebody else should probably test this. Otherwise it's going to be controversial. pic.twitter.com/L4pMZ2Mx0r

According to his results, PS4 PRO Tekken 7 gets 120.5 ms input lag as compared to Xbox One’s 104.2 ms. It is to be observed that the input lag goes down when lower resolutions are used. The delay went down somewhat when the game was running on 720 on the consoles, down to 119.9 ms.

This shouldn’t be much of a concerning factor when it comes to online play, because the game does not support cross-platform functionality, making the experience fair and playable for everyone.