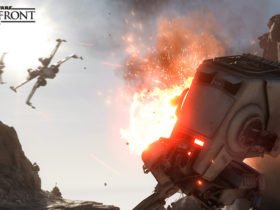 Following the original game’s tradition, Titanfall 2 will be accompanied by a special edition Xbox One/PC controller during its release. The news comes from a leak by Amazon UK which points to a wired Xbox One and PC controller slated for a December 30, 2016 release. It seems to be a placeholder date for now.

The specs and features of the Titanfall 2 Wired Xbox One/PC Wired Controller have been laid out below. Check them out.

There’s no news on the wireless version yet but we hope we get some soon.

Titanfall 2 hits store shelves on October 28. You can pre-order the controller here.