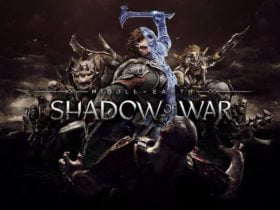 Xbox just launched a brand new Tom Clancy’s Ghost Recon Wildlands Trailer. It gives us a glimpse of how the Ghosts decide to take on a massive and dangerous open world. More information will be revealed at E3 2016.

Tom Clancy’s Ghost Recon Wildlands is an upcoming open world tactical shooter video game. It is developed by Ubisoft and is said to be one of the biggest open world games that they ever published. It includes mountains, forests, deserts.

The beautiful South American country of Bolivia has been Santa Blanca drug cartel. Bolivia has become a perilous narco-state, leading to lawlessness, fear, and rampant violence. Plagued by the criminal influence of the cartel, the citizens are still not out of hope. To rescue them for this ordeal, the Ghosts, an elite US Special Forces team, comes into action.

The game will be Ubisoft’s largest action-adventure open world. It will let you explore the diverse landscapes of the most beautiful yet dangerous place on Earth, ranging from the arid mountains to the lush jungles.

We will get to know more about this action-packed will be revealed at th E3 2016.