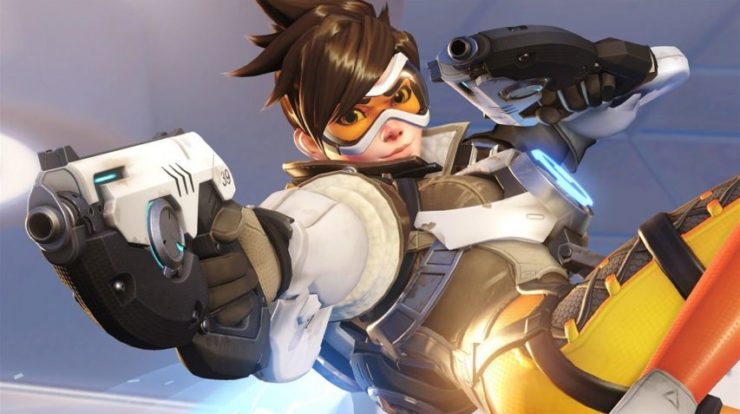 2016 was a good year for gaming enthusiasts and the gaming industry in general. We saw the rise of many famous titles, a smartphone-based augmented reality game and the release of many new games from world-renowned publishers. These video games offered a good path away from an otherwise dark calendar year of 2016, offering a big break from reality.

This started off like a worldwide phenomenon. Every person who grew up watching Pokemon got their childhood dream fulfilled – To actually catch Pokemon and become a trainer! Even the developers hyped it up like they had discovered some hospitable planet. The game drew many players initially. Everyone was crazy about it as is evident by the many famous accidents occurring due to nonchalant players walking around the streets and the roads looking for Pokemon and not paying attention to reality at all. Unfortunately, the game failed to live up to its hype. It couldn’t sustain the initial wave of players and slowly but steadily, people began to lose interest and new players weren’t encouraged to play the game due to its losing popularity. This was mainly due to the repetitive and cumbersome gameplay system, with a very basic combat system and boring pokemon catching system. The frequent server crashes and unavailability of the app or unavailability of some key systems of the app in certain regions did not help the case at all.

To sum it up, Pokemon Go was like a really sweet chewing gum. Started off as extremely sweet and pleasing, became a cultural sensation and then became bitter hence people decided to spit it out.

This is an action adventure video game developed and published by DrinkBox Studios for the PlayStation Vita, iOS, Wii U and Nintendo 3DS. It was released on 26 April 2016.

This game is a cross between Infinity Blade and the old Wizardry series. It is now a popular in iOS devices. Its combat system is quite intuitive with a swipe-based challenging system. The game received generally favorable reviews.

It is a first-person shooter video game developed by Id Software and published by Bethesda Softworks. It’s a reboot of the Doom game series and the fourth main title in the series. It was released for Microsoft Windows, PS4 and Xbox One on 13 May 2016.

For a game with such a short name, it brings entertainment like no game. With little dialogues and more shooting, this game means business. It is a fast-paced, heart-pounding non-stop action game with plenty of shooting and killing, all with an upgraded arsenal of weapons from the previous games. Looking to blow off some steam? Just boot up Doom and kill some demons!

It is a virtual reality simulation video game developed by Ubisoft Montreal and published by Ubisoft. It was released for Microsoft Windows and PS4 on 8 November 2016.

This game is rated by us as the best virtual reality game of all time. It’s a typical Ubisoft game, with many collectibles and optional quests to support the main storyline. Set in a post-apocalyptic world fifty years from humanity’s extinction, it’s an exhilarating experience and one of VR’s best, if not the best. The player basically controls an eagle. It doesn’t sound flashy, yes, but believe us, you are missing out on a great experience if you decide to not play this game.

It is a first-person shooter video game developed by EA DICE and published by Electronic Arts for the Microsoft Windows, PS4 and Xbox One. It was released on 21 Oct 2016. It is the first main entry in the series since Battlefield 4.

Since it is set during World War 1, people are cynical about the game pointing out the lack of modern high tech weapons in the game. The game just puts up its middle finger to these people. Battlefield 1 portrays the efforts put by DICE into making the game one of the best FPS games of all time. The game puts you into the center of your very own war. Whether you become the hero of the war or just get in the way of other soldiers, that’s all up to you. The game’s multiplayer system is really worth buying the game.

It is a puzzle-platformer video game developed and published by Playdead for the Microsoft Windows, PS4 and Xbox One. It was first released on 29 June 2016.

A puzzle platform video game won’t sound flashy to the hardcore gamers but believe us, the game is quite good. The player controls a young, curious child who breaks into a research facility which is performing horrific experiments. It’s tough to comment anything more without spoiling the game so you are gonna have to take our word for it!

It is an action adventure stealth video game developed by Arkane Studios and published by Bethesda Softworks. It was released for Microsoft Windows, PS4 and Xbox One on 11 Nov 2016. It is a direct sequel to Dishonored.

Set in a steampunk environment, Dishonored 2 is modeled after London of the industrial era. The game offers the player his own choice of gameplay. Attacking from the front entrance or stealthily sneaking past enemies and attacking from the inside. Even a mixture of the two modes is possible and the world adjusts accordingly. The game is set in one of the most enjoyable worlds thanks to the stellar writing which adds to the narrative texture on each level.

It is an open world action-adventure video game developed and published by Ubisoft. It is the sequel to Watch Dogs. It was released on 15 Nov 2016 for the PS4, Xbox One and for Microsoft Windows on 29 Nov 2016.

The game is set in a fictionalized area of San Francisco Bay. The player controls the main character from a third person perspective. The hero is more likable as compared to the one in Watch Dogs and the fight is against the modern establishment in the area. Watch Dogs 2 offers a multitude of hacking methods including making cars run haywire, turning off the electricity supply in an area, etc. That is the most appealing aspect of the game. The ability to hack almost anything to create a favorable situation.

It is an episodic action-adventure stealth video game developed by IO Interactive and published by Square Enix for Microsoft Windows, PS4 and Xbox One. It is the sixth entry in the Hitman game series and the game is set 7 years after the events of Hitman: Absolution.

The developers made a gamble releasing the game as episodes. No one was sure what to expect of this game. It was a big risk but it paid off. The episodic releases ensured players played each episode to the fullest, exploring each area and finishing each task the game offered in that episode. It also helped build up the anticipation and expectation for the next episode release. Also, this release style ensured the game remained in conversations more than other games. The gameplay is quite good as well.

It is a team-based multiplayer first-person shooter video game developed and published by Blizzard Entertainment. It was released in May 2016 for the PS4, Xbox One and Microsoft Windows.

Overwatch is small in terms of content. So, as with some games in this list, it won’t appear flashy or appealing to most people. But its slim content is merely an illusion. Mastering even one of the 23 heroes available in the game is an enormous and time-consuming task. The developers focused on game balance so that offers a wide range of experimentation for the gamers. In this era of competitive multiplayer gaming, Overwatch fits in perfectly.