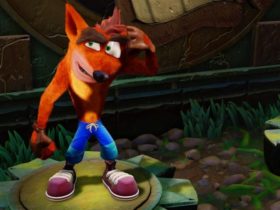 Following in the footsteps of Assassin’s Creed Syndicate, Ubisoft has decided to ditch multiplayer mode for another major title. In a recent statement, the publisher notified its fans that Far Cry Primal won’t feature a multiplayer mode unlike previous games in the franchise.

Jason Paradise, community manager at Ubisoft made a comment on Steam forums explaining this new approach. According to him, the development team wanted to focus on creating the “best possible experience” for fans by reinventing the “core gameplay loop.”

“Bringing the Stone Age to life and providing players with a strong gameplay experience based off of the Far Cry legacy meant we had to reinvent our core gameplay loop,” wrote Paradise. “This was definitely not a small undertaking. Our focus was on delivering this fantasy which required clear priorities for the team.”

Therefore, in the early stages of the project, we made the difficult choice of focusing our efforts on the single-player experience.

This aligns itself with previous reports of the game lacking the map editor. The program was used to create custom maps for use in multiplayer mode by the players. So, this lack of multiplayer mode in Far Cry Primal.

Far Cry Primal will launch on consoles on February 23 and PC on a week later.