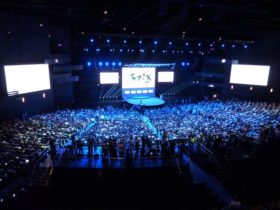 After the release of Yu-Gi-Oh! Legacy of the Duelist on PS4 and Xbox One last summer, Konami is all set to release another. This time it’s for Nintendo’s 3DS platform.

According to the press release, a new Yu-Gi-Oh! title for 3DS will be released worldwide sometime this year. No details were provided on the game by the publisher.

Major updates for Yu-Gi-Oh! Legacy of the Duelist and mobile game Yu-Gi-Oh! Duel Generation are also planned for this year.

In addition to these, there’s also an online game due to release this winter on PC and consoles.