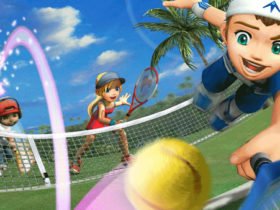 Remember the times when Nintendo ruled the gaming industry and there was no other such thing to compete with those consoles? But recent years have shown a significant decline for the Japanese company in the console market. Gamers have often complained about the recently released consoles to be not par with the Sony and Microsoft’s counterparts.

Recent reports suggest that the company is now working on a new control touch system and a hybrid platform with both a portable and home capacity.

Designer Takashi Tezuka of Nintendo said in an interview with Bloomberg, “We feel quite strongly about creating things that are in sync with the times.”

Does this mean we will finally have a console more powerful that the current gen Xbox One and PlayStation 4? For this to be true, Nintendo certainly needs to focus on the technical side of Nintendo NX. The Xbox One and PS4 launched in 2014 and already has a large user base around the world with thousands of titles on offer. And there’s Valve’s Steam Machines due sometime next year. It would be interesting to know how the Japanese firm finds a place between them.

What do you think of this new move? Do you think Nintendo can return to earlier position in the gaming industry? Let us know.