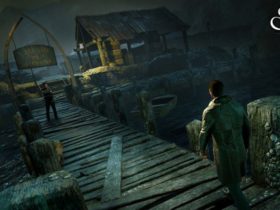 Player Unknown himself, Brendan Greene got on the stage at PCGaming e3 slot and revealed that PlayerUnknown’s Battlegrounds will be getting many more updates in the future to completely turn the game into a platform.

While the game has been out for little over 3 months, it has made massive progress with monthly updates and performance fixes. The next big update will feature vaulting, climbing, crashing through windows, more weathers and we got a look at the Bullpup and the OTS Groza as well.

Battlegrounds will also be coming on the Xbox One X which was announced at E3 2017 and we’re excited to see it in action. For more updates, stay tuned.