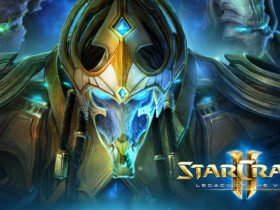 StarCraft 2: Legacy of the Void sells a million copies at launch

Firaxis and 2K Games announced XCOM 2: War of the Chosen for the PC and Console in the PCGaming show at E3 2017 which is set to release on August 29th, 2017. This is an expansion of the base XCOM 2 game.

This expansion will feature a new faction called The Chosen and there will be zombie attacks which will attack every faction without discrimination. According to Jake Solomon of Firaxis Games, the latest expansion for XCOM will be much larger than any other expansions in the past.

XCOM 2: War of the Chosen adds extensive new content in the fight against ADVENT when additional resistance factions form in order to eliminate the alien threat on Earth. In response, a new enemy, known as the “Chosen,” emerges with one goal: recapture the Commander. This expansion includes new Hero classes to counter the “Chosen”, new enemies, missions, environments and increased depth in strategic gameplay.

XCOM 2: War of the Chosen Trailer