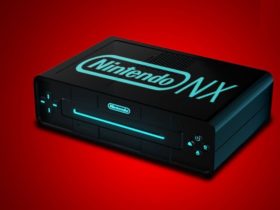 EA Will Support the Nintendo NX if the Market is There

Guerilla Games’ upcoming game is a new IP called Horizon: Zero Dawn. The game’s plot revolves around a lady hunter called Aloy. The official reveal met with positive reception from critics and fans both. Everything seems fine except the fact that the game doesn’t have a multiplayer mode.

In a recent interview with IGN Latin America, Mark Norris of Guerilla Games has explained this approach. Read what he has to say:

There are questions as to why a multiplayer will not do. The reality is that we are putting together a new IP. We are making a new franchise for the first time in 10 years and what we really want to do is improve the experience for the player. When you get to face these machines as Aloy, with this great character, who is the real star of the story and everything that happens, have this connection with her, what happens when you add the elements of multiplayer? You play as a supporting character? How does that work?

Guerilla Games believe that the new Upcoming PS4 Exclusive Horizon: Zero Dawn is an action RPG with a single player experience. This is something like the recently released The Witcher 3: Wild Hunt. Norris further said,

It is an action RPG with a single player experience. I think we’re similar in that way, we want this to be the story of Aloy. Although a multiplayer mode is great and maybe we can think of something for the future, we want Horizon Zero Dawn’s story to be about Aloy and it’s going to be fantastic when you play it.

Guerilla Games is the developer of the popular Killzone franchise. Their last game was Killzone: Shadowfall on PS4.

Upcoming PS4 Exclusive Horizon: Zero Dawn is scheduled for a 2016 release. However no concrete release date is announced yet.